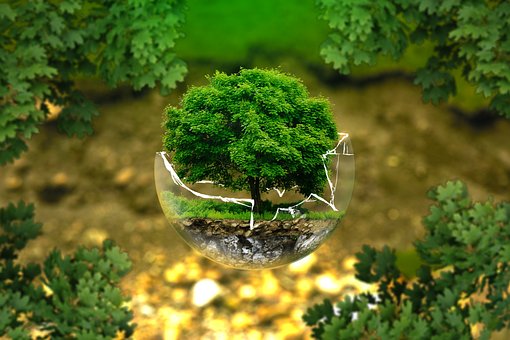 1. Global warming: Sự nóng lên toàn cầu = ​the increase in temperature of the earth’s atmosphere that is caused by the increase of particular gases, especially carbon dioxide

5. The ozone layer: tầng ozon = ​a layer of ozone high above the earth’s surface that helps to protect the earth from harmful radiation from the sun

6. Greenhouse: hiệu ứng nhà kính = a building with glass sides and a glass roof for growing plants in

7. The polar ice cap: băng vùng cực = a layer of ice permanently covering parts of the earth, especially around the North and South Poles

8. Alternatives: giải pháp thay thế = a thing that you can choose to do or have out of two or more possibilities

9. Ecosystem: hệ sinh thái = all the plants and living creatures in a particular area considered in relation to their physical environment

11. Instinct: bản năng = a natural quality that makes people and animals tend to behave in a particular way using the knowledge and abilities that they were born with rather than thought or training

13. Environmentalist: nhà môi trường học = a person who is interested in the natural environment and wants to improve and protect it

14. Natural disaster: Các thảm họa thiên nhiên = a sudden and violent event in nature (such as an earthquake, hurricane or flood) that kills or injures a lot of people or causes a lot of damage

15. Shortage/ the lack of: sự thiếu hụt = a situation when there is not enough of the people or things that are needed

16. Vegetation: thực vật = ​plants in general, especially the plants that are found in a particular area or environment

18. Deforestation: phá rừng = the act of cutting down or burning the trees in an area

19. Exploit: khai thác = to use something well in order to gain as much from it as possible

20. Culprit: thủ phạm = a person or thing responsible for causing a problem

21. Fossil fuels: Nhiên liệu hóa thạch = ​fuel such as coal or oil, that was formed over millions of years from the parts of dead animals or plants

22. Conserve: Bảo tồn = to protect something and prevent it from being changed or destroyed

21. Marine life: Đời sống dưới nước = connected with the sea and the creatures and plants that live there

22. Deforest: chặt phá rừng = ​to cut down and destroy all the trees in a place

23. Limit/Curb: hạn chế, ngăn chặn = to control or limit something, especially something bad

24. Take advantage of/Utilize: Tận dụng = to use something, especially for a practical purpose